/why do a nativity play

why do a nativity play

WHY DO A NATIVITY PLAY

By Stuart Ross (Main Composer and Managing Director of Learn2soar) 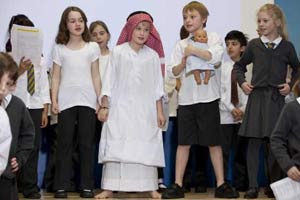 Before I go any further, let us firstly define a ‘nativity play’ as there is surprisingly still some confusion over this issue. A nativity play features the nativity story, i.e. a retelling or adaptation of the biblical story of the birth of Jesus. Therefore, Charles Dickens' ‘A Christmas Carol’, or a play about ‘Rudolph the Red Nosed Reindeer’, or a Pantomime like 'Sleeping Beauty' or 'Cinderella', would not in any way be ‘nativity plays’. Instead they’re simply Christmas plays or musicals. Now there’s nothing wrong with performing any of these, but this article is about the sad fact that the traditional ‘nativity play’ is a dying breed.

Way back in 2007, The Sunday Times ran an article suggesting that only 1 in 5 schools would be holding a ‘nativity play’. However, from our experience, and given the already stated confusion of the true definition of a real ‘nativity play’, we believe the number at that time to have actually been far smaller than this. Furthermore, we believe that a continuing decline we have seen over the years has meant that the true number of schools organising a nativity could now be as low as one in ten.

As a result, the nativity story is not being addressed properly in many schools, and a growing number of schools purposefully don’t even mention it at all. Thus, we get to the stage where a recent poll by think tank Theos revealed that just over a quarter of people did not know that Jesus was born in Bethlehem!

The main reason for the decline in the nativity play is a misguided fear that it may somehow offend families of pupils from a non-Christian tradition or religion. In response to this, Trevor Phillips (pictured left), the former chairman of the Commission for Equalities and Human Rights said that all primary schools should hold a nativity play whatever the religion of the students.

He was quoted on BBC Radio 4’s Today programme as saying that Christmas was a "very important fundamental, national celebration... it's time to stop being daft about Christmas. It's fine to celebrate and it's fine for Christ to be star of the show. Let's stop being silly about a Christian Christmas."

Mr. Phillips also said that he was particularly worried about schools not holding nativity plays deliberately because some pupils may be from a different faith... "Schools which are deliberately shying away from the true story of Christmas are just plain wrong. What they should do is make sure that all of their children have access to this very important fundamental, national celebration and tradition. Otherwise they're robbing their children of really being part of what it is to be British."

And it’s not just the Equalities commission that feels this way, representatives of a number of various non-Christian faith groups have given their support to the celebration of a Christian Christmas and made clear that it does not offend them.

HINDU: "Hindus celebrate Christmas too. It's a great holiday for everyone living in Britain." Anil Bhanot, general secretary of the UK Hindu Council, has been quoted as saying.

SIKH: "Every year I am asked 'Do I object to the celebration of Christmas?' It's an absurd question. As ever, my family and I will send out our Christmas cards to our Christian friends and others." Sikh spokesman Indarjit Singh said.

MUSLIM: Muslim Council of Britain spokesman Shayk Ibrahim Mogra said, "To suggest celebrating Christmas and having decorations offends Muslims is absurd. Why can't we have more nativities in Britain?" Furthermore, the Christian Muslim Forum, (half of whose members are made up of senior leaders of the British Muslim community) issued a statement saying: "Christmas is a celebration of the birth of Jesus and we wish this significant part of the Christian heritage of this country to remain an acknowledged part of national life. The desire to secularise religious festivals is offensive to both of our communities." 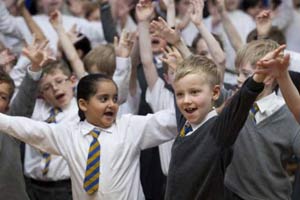 In conclusion, we at Learn2soar want to see every primary school performing a nativity play at least once every three or four years, also using the play as a vehicle to teach children about the real meaning of Christmas. Not to do so, is to give pupils a great disservice. Any notion that performing a nativity play will somehow offend those of a different religion is often very misguided.

I was recently asked by a clever 14 year old girl who is expected to pass all her GCSE’s...

“Was Jesus born at Christmas or Easter? I can never remember... we never did it at primary school.”

... is this the stage that our nation has got to? Is this the sort of knowledge we really want to deprive our children of?

Therefore, if your school doesn’t do a nativity play at all and hasn’t done one in years, then why not just ask the Headteacher about it and tell them why you believe they should do so. If for some reason the school is still reluctant to put on a nativity play, then why not start a petition about it, contact the governing body or even your local newspaper. Don’t let the Nativity play die out!

Tell us what you think. Email your comments to info@learn2soar.co.uk

To see our selection of nativity plays please click here.